Srashen is one of the most picturesque villages in Armenia, located 14 km southeast of Kapan on the edge of a great forest. The village has long been famous for its fruit gardens and orchards.
The village is also known as Kilisakend, according to tsarist parish descriptions. ’Kilisa’ means ‘a church’ in Turkish, and ‘candy’ means ‘a village’, so together it means ‘a church village’. This name refers to St. Hripsimeh Church (17th century) built at the edge of the village. 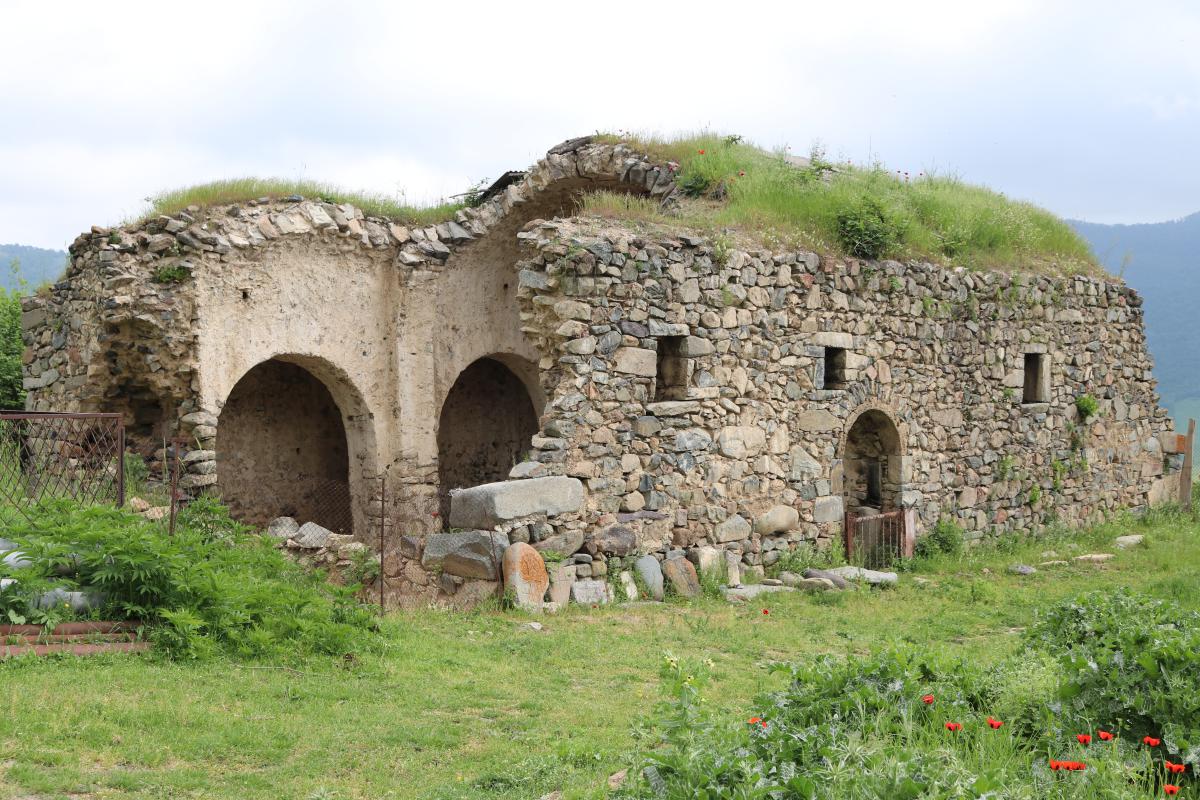 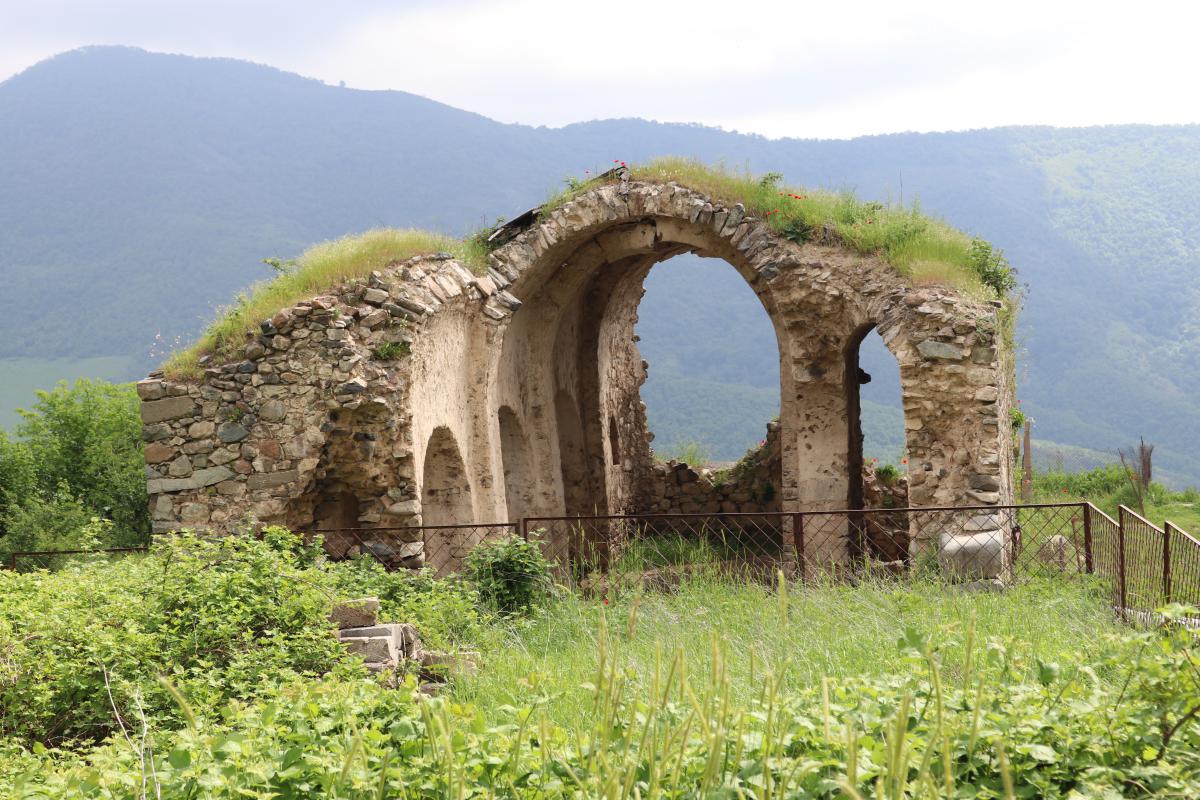 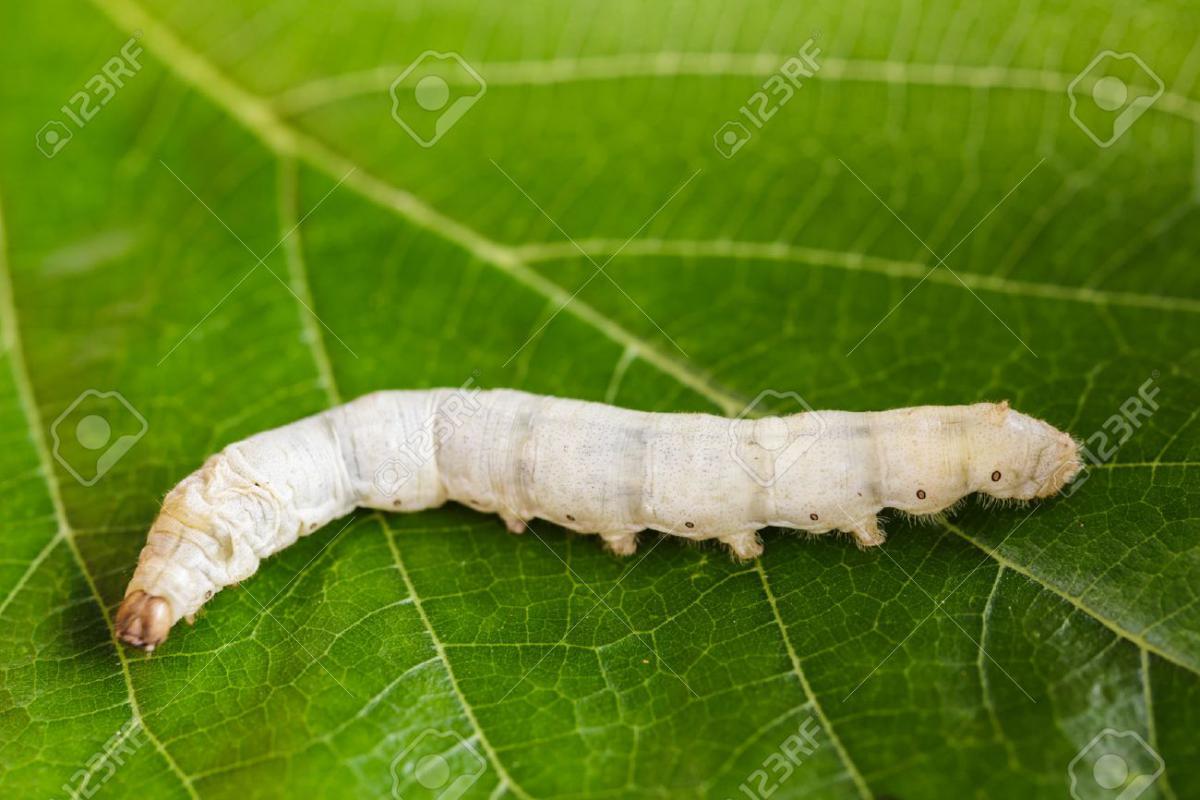 In the Pre-Soviet period silkworm-breeding was popular in the village. 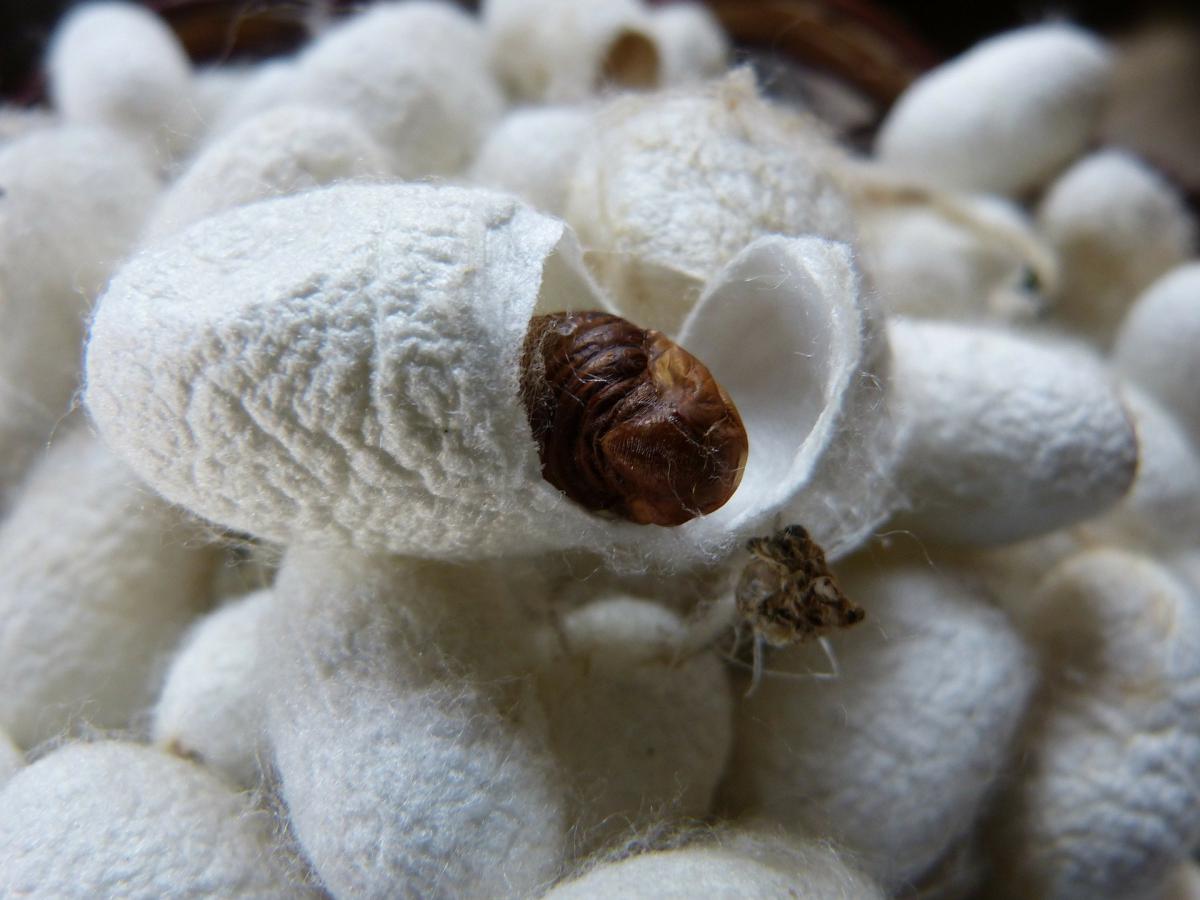 According to tradition, the people of Srashen crossed Khudapirin bridge to Persia and brought mulberry seedlings and silkworm from there to the village. The best silkworm breeder in the areas was know to be Mkrtich from Srashen.

In 1965 the collective farm of Srashen merged with the state economy of Shikahogh. The main occupations were cattle-breeding, tobacco-making, fruit-growing, grain production.
At the beginning of the 1980s, a pumping station was built to bring water from the river to the extensive arable lands of Srashen. This helped irrigate the arable lands and orchards and harvest was abundant. In 1991, after the privatization of the land, the village moved into private farming. During 1989 and throughout the Karabakh war, the village had 108 inhabitants, but the small population did not prevent Srashen from being one of the most heroic border villages. Many residents of Srashen, as well as volunteers from nearby villages, gave their lives to protect the village. Unfortunately, the village still suffered significantly during the Karabakh war.  Some of the people still living in Srashen are indigenous and the other part, according to the elderly, moved here from from the village of Askulum on the right bank of the Voghji River, and later from the village of Erotmants (Ghurghulu) in Karabakh. The people of Srashen are willing, tolerant, modest and hardworking. They have a good sense of humor.  Unfortunately, the village suffered significantly during the Karabakh war.

Historical Monuments of Srashen
1. Medieval village Sghnashen (Sakhnakhategh), located 2 km north of present village. The ruins are preserved
2. Old cemetery of Srashen
3. Ruins of a medieval castle
4. Mill (Baboon’s Mill on the River Shikahogh)
5. St. Hripsime Church of 17th century, located on the edge of the village, a three-storey basilica
6. Monument to fellow villagers killed in World War II, 1967, located in the village center, near the church
7. Khachkar (cross stone) dedicated to those killed in Karabakh war
8. Blindage of the 1992 summer military operations (restored).

Srashen School History
There is a mention of a parish school in the village of Srashen in the 1908 list of charitable organizations in the Armenian community of the Caucasus. There was an elementary school in Soviet times but the children of Srashen received secondary education in the secondary schools of Shikahogh and Kapan. There are scant records of this village, of both school and history but in the National Archives of the Republic of Armenia there is a request of the residents of Srashen to open a church and parish school in the village. The document below shows that during this difficult time, this small village was thinking about having a school. The document states:
"Ghapan, Srashen Village Society's Petition to Catholicos Gevork E to Open a Parish Church School in their Village․
December 3,1917
TO HIS HOLINESS PATRIARCH GEVORG “E” OF ALL ARMENIANS,
THE MOST HUMBLE ISSUE FROM THE PARISHIONERS OF SRASHEN VILLAGE, GHAPAN REGION
Your Holiness,
All the fifty-two (52) eligible parishioners of St. Hripsimeh Church in Srashen village, Ghapan Region, following the diocesan inspector Hovh. Georgebekian's exhortations, and realizing the nobility, high importance of education and upbringing, we have established a church-parish school since November 1. Therefore, with the most humble son's reverence, we ask you to confirm the opening with a sacred contakion and deliver your paternal blessing. We are deeply hopeful that Your Holiness will deal with our most humble task with due care and will not reject us.
Ghazar Baghdasaryants
Babajan Galustyan
Arzuman Avanesyan’’.